Troubled youth who was caught stealing by Reri, mentored by Belawara and Reri. Udrexa eventually found herself studying as monk at the Monastery of the Scarlet Sun in order to help her control her anger.

- Her tail moves based on her emotions

- Wants to live to up Reri and Belawara’s expectations of her.

- Trying to find her own path in life

- Loner, afraid of undead, constantly fights urge to revert back to shady life due to lack of trust in others

- Fights the urge to revert back to a shady life vs the expectations set forth by Dawn Heralds, particularly Reri and Belawara.

Monastery of the Scarlet Sun: This is a new monastery in Magnimar that grew out of the Sarenrite chapel that Zavian helped restore there. Its followers are dedicated to the service of the Dawnflower, though some say they take that dedication to extremes.

Adventurers: Tieflings rarely integrate into the mortal societies they call home. Drawn to the adventuring life as a method of escape, they hope to make a better life for themselves, to prove their freedom from their blood’s taint, or to punish a world that fears and rejects them. Tieflings make skilled rogues, powerful wizards and magi, and especially puissant sorcerers as their potent blood empowers them. Those who succumb to the evil within often become powerful clerics of fiendish powers. 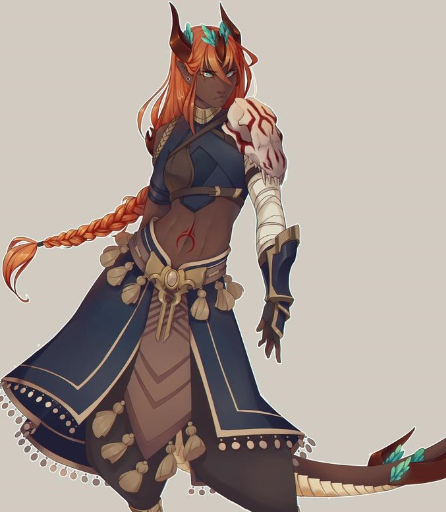