The Runelord of Lust

The ruler of the lost realm of Eurythnia in ancient Thassilon, she vanished during the Earthfall disaster 10,000 years ago. As Runelord of Lust, her specialization was Enchantment magic. Her weapon of rule was a double-headed guisarme.

Sorshen and Xanderghul were the only two original Runelords to maintain their hold on power from the beginning to the end of the Thassilonian civilization.

Her capitol of Xin-Eurythnia was located on the site of present-day Korvosa, and it is rumored that she slumbers in an ancient vault somewhere below the city.

Runelord Sorshen appears to have awoken and contacted the party, offering to work with them to defeat Runelord Alaznist.

The adventurers met with Sorshen in Korvosa during the Crimson Festival. 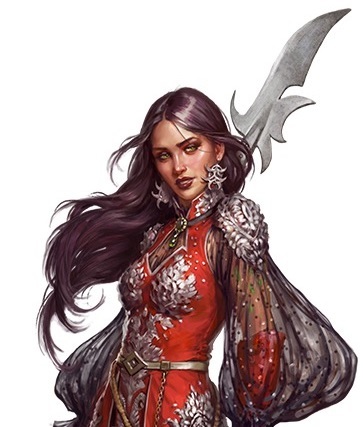