Leader of a band of murderers

A dark-haired man known as “Maga” and his five hirsute followers chartered a ship to take them to Hollow Mountain. Upon disembarking from the skiff, Maga got into an argument with the two sailor who rowed them out and murdered the two men. He and his followers traveled into the island interior in the direction of the Forges of Wrath.

Maga tried to disguise himself as a hunchback, but according to the ranger Kelhuud he actually has a tentacle on his back.

Maga Szuul is a member of the cult of Yamasoth, a vile qlippoth lord from the Abyss. He was sent to Hollow Mountain to acquire an Abyssal runestone to help the cult’s efforts to develop and spread a contagion called the “polymorph plague” across Varisia.

Maga was killed in a failed ambush of the party. 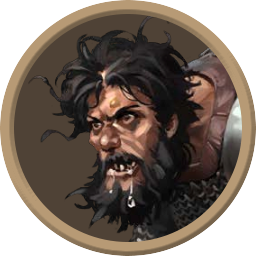