A former subcommander of the Roadkeepers

A young woman in her early 20’s, Lullaby was a sub-commander of the Roadkeepers. She was looking to break away from the group and set up her own thieves guild, but she tried to extort the wrong group of adventurers.

The party encountered Lullaby and her pet raven Rupert in the village of Ravenmoor. Lullaby had taken a legitimate job from Magnimar to investigate a missing tax collector and stumbled onto an evil cult. The Black Cats dealt with the cult and gave her evidence of what happened. 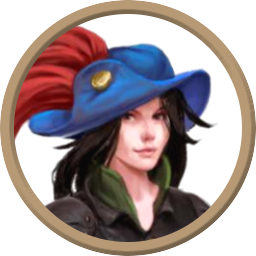