The Runelord of Greed

The ruler of the lost realm of Shalast in ancient Thassilon, he vanished during the Earthfall disaster 10,000 years ago.

Fifteen years ago, Karzoug was awoken from his slumber by the stone giant outcast Mokmurian. For the next five years, Karzoug carefully gathered his power to prepare for his emergence from the demiplane of the Eye of Avarice. On the cusp of his triumphal return, however, he was slain by a band of powerful heroes calling themselves the Rune Wardens.

As Runelord of Greed, his specialization was Transmutation magic. his weapon of rule was a burning glaive. 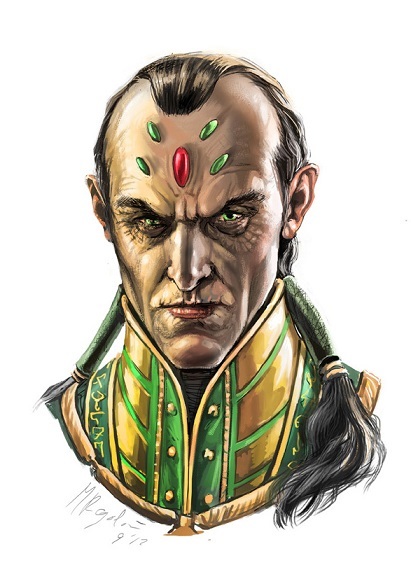